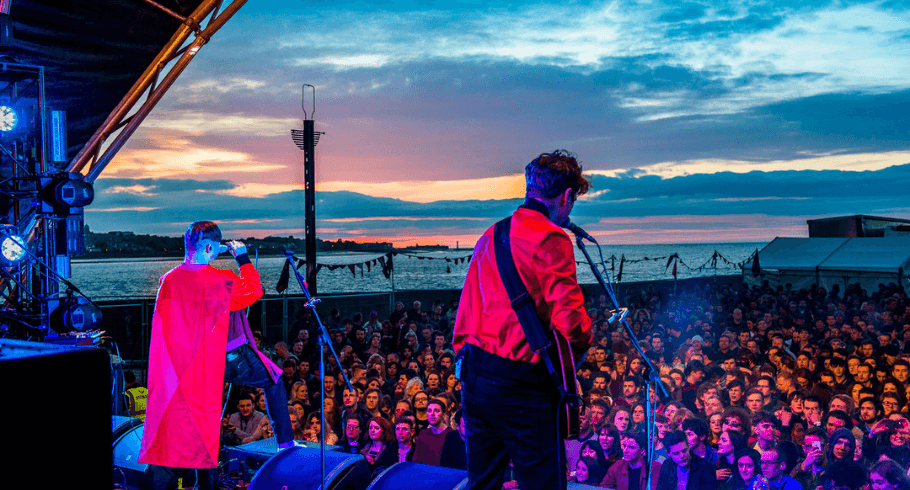 Liverpool – We Will Always Have Music

This blog from Kevin McManus, representative of the Liverpool City Region Music Board and Head of UNESCO City of Music at Culture Liverpool, explains why Liverpool always has and will continue to be recognised internationally as a city of music.

Liverpool was in the news again recently with the news that we had lost our UNESCO World Heritage status because it was believed that new developments threatened the value of our waterfront.

While the decision is obviously disappointing, in reality people will still come to Liverpool to enjoy our wonderful waterfront, our magnificent built environment and the many other amazing things that make up an outstanding offer for visitors from all over the world.

As someone who has grown up in the city and seen its physical transformation over the last twenty years I find it difficult to agree with UNESCO. My Mum and Dad came to Liverpool from Ireland in the 50’s and in later life my Mum told me how she cried when she first sailed into North Liverpool Docks because her new home looked to be a filthy, bleak place. My Dad actually worked there for a time doing the back breaking work of stoking boilers on the small ships that sailed from Liverpool. Understandably he had no great love for the place that is now about to be further transformed by the development that will have the Dirty Blues (or Everton to some people) at its heart.

Therein lies the rub I believe. Things have improved a little since the experiences of my mum and dad but that part of our waterfront (and the north of the city in general) still badly needs regenerating and this scheme offers a real opportunity to achieve that. We will still have a stunning waterfront: it will just look a bit different.

Despite our differences with UNESCO over Liverpool Waters we still have our UNESCO City of Music title. It’s a designation we officially received in 2015, but to be honest we didn’t need UNESCO to tell us what everyone around the world already knows. We are a music city, arguably the Music City, not just because of our glorious musical heritage but because music is a key part of our identity and always will be.

Over the last few years the North Docks area itself, which appears to have been the focus of UNESCO’s controversial decision, has become something of a musical hotbed as music, culture and creativity have played a crucial part in the regeneration of the area.

Invisible Wind Factory, Meraki, North Shore Troubador, Ten Streets Social, and the Circus events at the Bramley Moore warehouse have all helped to make the area a regular haunt of music fans. We shouldn’t forget the good people at Make either who were another early mover into the area. (And if I’m allowed to be a bit petty I have to say that as someone who has lived all my life in the North End of the city it gives me great satisfaction to see you trendy South Enders having to leave the leafy suburbs of Aigburth and Allerton to travel to the industrial north).

But if you cast your mind back just a little bit further, the North Docks has a fascinating musical history. This surprising history in its own way proves how music is ever present, wherever and whenever you look in this city.

Many years ago I did some work on the popularity of country music in Liverpool which was a really big deal in the city for many years. Even when the craze for the genre had died down it still had a large loyal following and pubs on the Dock Road were places where you could be guaranteed to see performances by local country music stars. This continued until the early 80s when the long, slow decline of the docks led to the closure of many of these pubs. There were still hold outs like the brilliant Atlantic pub where the manager John Caldwell was an excellent musician in his own right and was always ready to put on a show. If you were ucky enough to be there on the certain nights you were in for a treat, as such was the landlord’s reputation that other local notable musicians would come along and play just for the fun of it and for the enjoyment of a knowledgeable audience.

As fortune would have it I have somehow kept coming back to the North Docks at various times throughout my musical ‘career’. In the late 1980’s I ended up interviewing Echo and the Bunnymen in this very area. That was at a weird time for the band who were still a huge name around the world but had just split with their charismatic vocalist/frontman Ian McCulloch. They were in some ways starting again with a new singer and drummer (after their original brilliant drummer Pete de Freitas had died in a motorbike accident).

I had always been a huge Bunnymen fan and was excited to be asked by the NME to do the first major interview with the new line up. In their usual unconventional fashion the band had decided to do the opposite of everyone else and set up camp in an old warehouse on one of the streets off the Dock Road, where I think they had the whole building to themselves.

I remember that after the interview was completed we went out on to the Docks with the photographer to get the image to go with the story. In those days pretty much the whole waterfront was empty, so we jumped over a wall and Richie, the photographer, got some great shots of the band looking moody against this barren landscape with the Mersey looking equally moody in the background. Unfortunately we weren’t quite on our own and had to leg it when we got chased by some sort of custodian of this wasteland. (For the life of me I can’t imagine what this good fellow was protecting. There was nothing we could physically break and the only thing we could possibly steal was rubble). It remains one of my favourite photos – a classic Liverpool band shot in a uniquely Liverpudlian setting.

Regeneration played a part in bringing more musical experiences to the area too some years later (around 2005ish i think). The Summer Pops had started with a big top down on the Kings Dock at the other end of the city centre but then when building began on the ACC Arena the promoter CMP moved his big tent to Trafalgar Dock in the north end. I was lucky enough to see The Who there with a bunch of mates. As well as the gig I remember being served our pre-gig drinks by a very happy pub manager, who was probably selling more beer in one night than he usually did in a whole month – a happy by-product of regeneration.

Sound City moved their festival to the dockside around 2015. Their clever marketing tried to convince us the festival was special because they weren’t offering the normal festival experience of, you know, sitting on grass and walking around fields and all that boring stuff. Oh, no – that was so last year! Instead they set about enticing their audience with tales of an outdoor festival taking place on a post apocalyptic site which would provide an experience like no other. What they really meant was why bother with normal festival essentials when you can ‘enjoy’ watching bands surrounded by rubble while inhaling dust from scuffed up terrain. Despite the very different conditions the festival kind of worked and if nothing else, it provided some magnificent images of bands performing against a stunning backdrop of the River Mersey and a gorgeous night sky.

I think Sound City were the first to use the Bramley Moore warehouse for gigs during those festivals and it was an idea that quickly caught on. Vevo hosted a memorable Halloween party there at one point, although I made a schoolboy error of peaking too early and as a result was at home in bed before Blossoms played their headline set.

Circus then made the Bramley Moore their regular home and that other electronic music giant Cream occasionally pitched their massive Steel Yard structure nearby as well. But things change, that’s the way of the world, and Circus have had to say goodbye to their massive dockside warehouse. But boy did they go out with a bang, attracting the attention of the world with their First Dance shows at the end of April. At a time when the world was desperate to dance, Liverpool (and Circus) pulled it off with two huge celebratory nights on the site of what is now, say UNESCO, a former World Heritage area.

To my mind I’d rather be part of a city that is prepared to be a pioneer and take risks like the Circus shows than one which wants to rest on its laurels. Surely that’s what Liverpool is, and always should be about.

Circus and Cream are just two of the many, many reasons why Liverpool music is famous all over the world. I know that Yousef, Circus main man, acts as a brilliant ambassador for the city as he DJs all over the world and we have a host of other artists doing exactly the same thing. Liverpool is still a UNESCO City of Music but much more importantly, music still remains an integral part of the city’s identity.

Despite the loss of Bramley Moore, the North Docks is still a great place to get your music fix at venues like Invisible Wind Factory, Meraki and North Shore. (And Circus have just announced that they love the area so much that they are staying there and have happily found a new home just over the road from Bramley Moore at the Blackstone Street Warehouse). With all the exciting things happening in the area I’d argue that we shouldn’t worry too much about the UNESCO verdict. To my mind we should prioritise protecting these very venues that play such a vital role in the city’s music ecology. They should be seen as playing a key part in the regeneration of the area and not allowed to become victims of future development and private sector developers. We are a music city and that is a title we need to always protect and nurture.

For me the very thing that made UNESCO take away our World Heritage title is actually what makes a city like Liverpool such an exciting place to live. Liverpool at its best is a city that embraces change and the North Docks development is something we should be celebrating – even if does involve Everton!

This article first appeared on VisitLiverpool.com